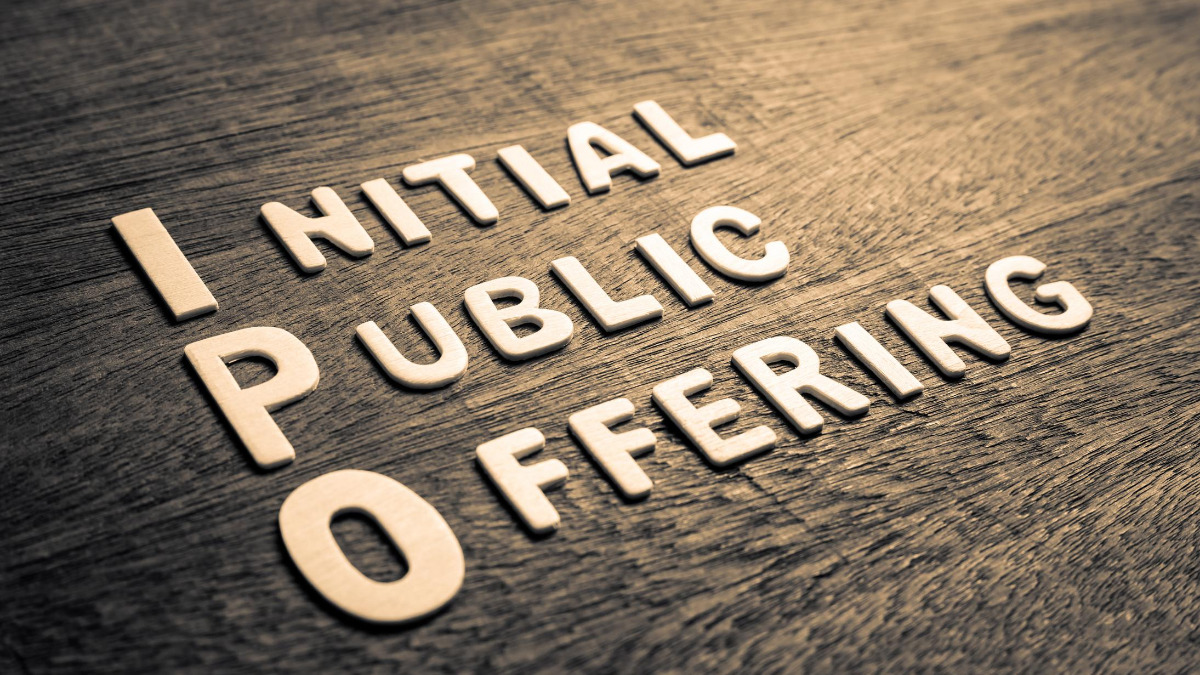 What Is An Initial Public Offering?

You may have heard the acronym IPO thrown around in discussion on investing topics. This acronym stands for “Initial Public Offering” and is the process of a business opening up the purchase of ownership in that company by the general public.

What is an initial public offering and how do they work? Why would a company go public? And should you invest in IPO's? We'll discuss the answers to these questions and more.

What Is An Initial Public Offering?

An IPO is a way for a business to raise additional money to accelerate its growth. This is done by allowing the public to purchase stake ownership in the company by purchasing shares of the company stock. IPO's are done on a public stock exchange such as the NYSE or the NASDAQ.

New companies with a great product or idea often need additional funding to fund their rapid growth, and in the initial stages, they seek funding from private investors or venture capital firms.

Once the company reaches a growth stage that they believe they can raise more money by opening up shares to the public, they partner with an investment bank to start what is called an Initial Public Offering, or the first offering of shares available to the public.

After shares are bought by the general public, they are then traded between investors on the secondary market. The secondary market simply refers to the market of investors who are buying and selling shares of public companies after the company's initial public offering. When a company issues an IPO, it is done on what's called the “primary market.”

An IPO is also a strategy to allow the founders and initial investors to liquidate their shares of the formerly privately held company. By issuing an IPO, they can sell their shares and cash out on the profits.

How Does An IPO Work?

After being a privately held company, the business may decide to sell shares of their company on a major stock exchange to raise additional capital to fund their company growth.

Companies that wish to be publicly traded are also required to adhere to strict regulations by the Securities and Exchange Commission (the SEC). Thus, not all companies wish to go public, and if they do, they need to be a mature enough company to adhere to these regulations.

When they decide to become a public company, they partner with an investment bank such as Goldman Sachs (for example) to determine the company value and how many shares they will issue in the IPO.

With these numbers, they can determine the per-share price that they will offer their stock at and launch the IPO at a predetermined date to the public.

After the shares are bought by the public from the company IPO, those shares can then be bought and sold among investors on the secondary market through a major stock exchange.

Why should a company decide to sell ownership stakes to the general public? Naturally, by issuing shares of the company they consequently receive multiple benefits including:

Being a publicly-traded company naturally raises brand awareness since more people are introduced to the company through investing and adhering to SEC regulations. Public companies are usually much more known to the public and recognized as large corporations.

For Founders To Liquidate Investments

Founders raise money to fund their initial business growth through their monetary contributions, funds from family and friends, and financing through venture capital firms or private equity companies. These initial investors need a way to liquidate their investment sooner or later, and this is often done by selling their shares to the public.

Much like the benefit of additional brand awareness, public companies also get additional advertising opportunities naturally due to the strict requirements and regulations of the SEC. Each publicly-traded company is required to announce quarterly earnings, future forecasts, and growth plans to its investors.

Should you invest in an IPO? While it may sound like a great idea to get in at a low price before the company grows, there are also a lot of risks to be aware of.

Being listed on a public market is a whole new ballgame in terms of investing. It means every aspect of the company will be analyzed, both the good and the bad.

Some of the main risks to investing in an IPO are:

These are just a few to start. Consider, for example, GoPro, the action camera company that became popular very fast, even initially after being listed on a public exchange.

They initially listed their company at $24 per share in their IPO. The company price shot up to as high as $90+ but today trades at roughly $5 per share struggling to stay afloat.

So, when is it considered a good time to invest in a newly listed company? Generally, after at least a couple quarters of earnings reports a company begins to give investors a better idea of how the company is managed and where it is headed.

Investors like Warren Buffett on the other hand will almost always require 5 to 10+ years of being publicly traded before ever purchasing a stake in the business. You be the judge!

Where To Invest In IPO's

You can purchase newly listed companies through a general investing account. Some popular investing accounts that allow you to invest in any public company with almost any dollar amount are: